I had one of the scariest moments of my entire life yesterday in Vietnam. I was teaching at Young Talent English Center in Dong Xoai City. I really loved my students but my bosses not so much. The school is run by a husband a wife Mr. Thanh and Mr. Hong.

They Overpromised here’s the agreement vs what actually happened.

You see we had an agreement that they would cover all my legal employment expenses (work permit, translation of documents into Vietnamese, photos, etc) except for the medical exam. They also agreed to provide housing and a motorbike to use since there is no public transportation in the countryside.

I faithfully held up my end of the bargain. I always arrived to work early and prepared for classes. However, they didn’t treat me the same way. There was always something extra. First, they told me I had to pay $30 for some extra fee because I had been in Vietnam for less than 6 months. I wasn’t happy with that breach and I expressed that to them.

However, even though they were wrong I apologized anyway and agreed to pay it just to keep the peace.  What’s worse is the wife had the nerve to act salty even after I apologized even though I hadn’t done anything wrong. Then when we went to take pictures for my documents I could tell Ms. Hong wanted me to pay even though she was supposed to. There were other little things like this that kept popping up. The housing never materialized so I still didn’t have a permanent place to live. They didn’t discuss the scheduling with me. They expected me to be available any time at any day even though I was only part-time. Ms. Hong even sent out message to the group chat stating that they didn’t have to discuss the teacher’s schedules with anyone.

Then there were constant issues with use of the motorbike. They would give it to me but then kept taking it back. Finally, they told me I could keep the motorbike until they bought another bigger one for me to use.  Well, it didn’t work out that way. I got a call a few days later saying that they sold the motorbike and they were taking it away. I wasn’t happy but they assured me the ‘new’ motorbike would be here and just a few days.

The ‘new’ motorbike arrived and it was a piece of junk. The right turn signal in the back had been knocked off and was hanging by the wires, the brakes were not working properly, the tires were bald, and the key would fall out of the ignition while the motorbike was turned on. I wasn’t happy but even still I decided to hold my tongue and discuss the motorbike with them at a different time.

Then they send a message to the group chat suggesting I take the bike to the shop for repairs without offering to pay the costs. In other words, they were trying to get me to pay to fix their motorbike! I told them no and they said okay but I had enough at this point. I sent them a message making it clear I was not responsible to repair their motorbike. Gas and oil changes I’ll take care of but I’m not going to fix a motorbike that I just got for 2 days. I also told them that they’ve been making a lot of changes to our agreement in their favor and I wasn’t going to take it anymore. If they couldn’t honor our original agreement then we should just part ways.

There was some back and forth but they said I could just pick up my money.

I went to pick up my money and as Ms. Hong was about to give it to me Mr. Thahn said no to wait that we needed to talk first. I told him there was nothing to discuss, just give me my money and lets just part ways. He then leaned in and whispered ‘fuck you’ and gave me the middle finger. I shouted ‘fuck you’ back and then he went to his home portion of the center and emerged with some sort of wooden weapon. Another teacher separated us but he kept accosting me. It was then that I decided to record the rest on my phone.

The Owner of Young Talent Attacked Me

The guy is totally nuts. I did get my money but as I was leaving he said ‘I’ll see you tomorrow!’ as in he wanted a second round. I decided to leave Dong Xoai City. the saddest part of this is that I’ll never get to see my students again. I really love teaching and I will miss them.

That should’ve been the end of it but they are now sending threats after I uploaded the video to Youtube. They’ve threated to have me thrown in jail and whatnot.  They’ve also made public racial statements about me.

Of course, they had to throw in some racism.

They have a teacher there, Marvin Contapay. He has been accused several times of being too friendly with the boy students and touching them way too much. The ironic thing is they keep their son away from him yet they still allow him to be alone with young male students.

Get a Visa to Vietnam Faster and Easier with iVisa 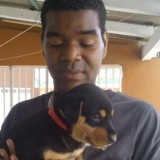 My name is Cameron and I started this blog To help those who are looking for love and need to defend themselves.