“Get out or I’ll call the police!” That’s the common line we hear on TV whenever someone is under threat. But what if the police never come? What if someone breaks into your home, you know about it, call the cops but the cops never show up. What if as a result you are raped repeatedly? At least you’d have a big payout coming your way right?

People often ask ‘Do the police have to protect me?” and the sad answer is a big fat no! The Supreme Court has ruled numerous times that the police have zero obligation to protect the very citizens who pay their salaries.  The most famous case being Warren V. District of Columbia which ruled that even in cases of gross incompetence there is no constitutional right for the police to protect and serve individuals of the public.

Warren vs. District of Columbia

In the early morning hours of Sunday, March 16, 1975, Carolyn Warren and Joan Taliaferro, who shared a room on the third floor of their rooming house at 1112 Lamont Street Northwest in the District of Columbia, and Miriam Douglas, who shared a room on the second floor with her four-year-old daughter, were asleep. The women were awakened by the sound of the back door being broken down by two men later identified as Marvin Kent and James Morse. The men entered Douglas’ second floor room, where Kent forced Douglas to perform oral sex on him and Morse raped her.

Warren and Taliaferro heard Douglas’ screams from the floor below. Warren called 9-1-1 and told the dispatcher that the house was being burglarized, and requested immediate assistance. The department employee told her to remain quiet and assured her that police assistance would be dispatched promptly.

Warren’s call was received at Metropolitan Police Department Headquarters at 0623 hours, and was recorded as a burglary-in-progress. At 0626, a call was dispatched to officers on the street as a “Code 2” assignment, although calls of a crime in progress should be given priority and designated as “Code 1.” Four police cruisers responded to the broadcast; three to the Lamont Street address and one to another address to investigate a possible suspect.

Meanwhile, Warren and Taliaferro crawled from their window onto an adjoining roof and waited for the police to arrive. While there, they observed one policeman drive through the alley behind their house and proceed to the front of the residence without stopping, leaning out the window, or getting out of the car to check the back entrance of the house. A second officer apparently knocked on the door in front of the residence, but left when he received no answer. The three officers departed the scene at 0633, five minutes after they arrived.

Warren and Taliaferro crawled back inside their room. They again heard Douglas’ continuing screams; again called the police; told the officer that the intruders had entered the home, and requested immediate assistance. Once again, a police officer assured them that help was on the way. This second call was received at 0642 and recorded merely as “investigate the trouble;” it was never dispatched to any police officers.

Believing the police might be in the house, Warren and Taliaferro called down to Douglas, thereby alerting Kent to their presence. At knife point, Kent and Morse then forced all three women to accompany them to Kent’s apartment. For the next fourteen hours the captive women were raped, robbed, beaten, forced to commit sexual acts upon one another, and made to submit to the sexual demands of Kent and Morse.

The supreme court ruled that:

“the duty to provide public services is owed to the public at large, and, absent a special relationship between the police and an individual, no specific legal duty exists” 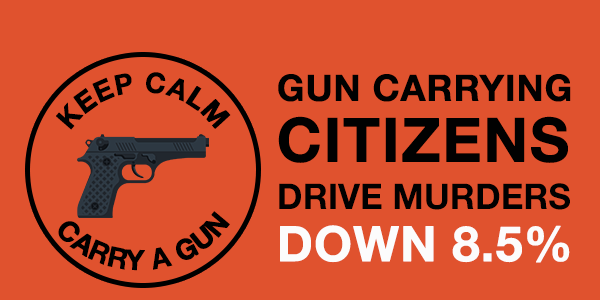 The skinny of this is insofar as the law is concerned you’re on your own! The police have no legal obligation to protect or provide assistance to you.  In reality we already know that when it comes our own personal safety the buck stops at numero uno,

How To Protect Yourself

Whether it’s while traveling, coming home from a long days work, or just walking down the street you need to be able to defend yourself in case the unthinkable were to happen!

It’s worth noting the LGBT community should be especially aware since attacks against them are at an all time high in America.

Here are 6 self defense tips that actually work

A perpetrator’s best weapon is the element of surprise. Take that away from them and you’ve reduced your chances of being a victim by at least 70%.Did you know some favorite places for muggers to target people is on their own drive ways?

Most think about it. On your driveway aren’t you distracted? I mean most of the time you’re coming home from somewhere or maybe you’re carrying something.Since most people feel safe near their homes its a perfect place for a mugger to attack.

The goal of most muggers is to get your stuff and get away. If you draw attention to the attack it’s one of the best ways to impede the attack from continuing.

I just watched a news story of a convicted serial mugger and he said one of his potential victims had a whistle and just that was enough to make him run away and guess what whistles are cheap!

3. Learn Your Way With Mace by NOT Aiming for the Face

Pepper spray is a tried and true method to make attackers go away. Anyone that’s been sprayed with mace knows that IT HURTS!

Men pepper spray isn’t just for chicks either. Male or female it can save your life if you know  how to use it properly.  Having it in your purse does no good in case of an attack.

The reason its bad to aim for the face is because of a high stress situation like an attack unless you’ve undergone hundreds of hours of training to prepare yourself chances are you’ll miss or he can duck the spray and go in for the attack.

The best way to handle it is to spray in an “S” form. This creates a sort of shield so even if he ducks he’ll still get hit with the mace.

The reason you don’t want to aim for the face is because in a high stress situation not only will you most likely miss his face, giving him precious seconds to come in and disarm you, but you may end up spraying yourself accidentally.

4. Strike Back With a Strike Pen

A strike light that is. If you are in a tough spot like maybe an intruder has broken into your home or something like that then a strike light could save your life. A strike light is basically a flashlight and a baton combined. Every police officer in America is issued one of these babies because they’re so effective.

Seriously speaking running is one of your best options out there. Most attackers are attackers of convenience. They’re just looking for some quick money or item that they can sell for cash. They’re not looking for a fight or a chase.If you can just run away do it. It could save your valuables and your life.

My name is Cameron and I started this blog To help those who are looking for love and need to defend themselves.

These Self Defense Weapons Are Legal in New York

The Legality of Kubatons in California